Before digital marketing, there were two main ways to get your brand seen – advertising and PR. The online revolution has given us a third: Bloggers. But say the word ‘Blogger’ nowadays to those not in the know and you might be on the receiving end of an derisive eyeroll. Which is a shame and, we believe, very short-sighted. This valuable resource has been tainted by what can only be described as a deluge of third party publishers. I mean, think about it, EVERYBODY and his mate Dave is a blogger these days. In this our second post on optimising webspace, we’re aiming to re-establish bloggers and blogger outreach as a valuable element that can be a huge benefit to your marketing campaigns.

Blogging took off in the late nineties. These writers, critics and reviewers started out making careers from what were once hobby blogs. Whether using wit, authority, well-crafted prose or all three, many bloggers managed to grow their readership to such a level that brands and advertisers sat up and took notice. Let’s have a quick look back before we look forward.

From humble beginnings, Peter Robinson’s very funny Popjustice founded a record label, released branded compilations, held branded tours and broken pop news stories. Charlie Lynne’s film blog Ultra Culture was hailed the UK’s foremost film blog by reviews aggregator Rotten Tomatoes and hosted the national premiere of Spring Breakers. And Jack Monroe, the budget food blogger behind recipe site ‘A Girl Called Jack’ has earned worldwide media interest and become the face of Sainsbury’s ad campaigns. How’s that for the power of blogging? And lots of people sat up and took notice. Where’s there’s traffic, there’s cash and where there’s cash, you’ll quickly find people jumping on the bandwagon trying to exploit it. Hence the above mentioned eyeroll response. Blogging started to get a bad name for itself, what was once innocent and pure, spontaneous and organic, became cynical and cheap, lacklustre and cold. 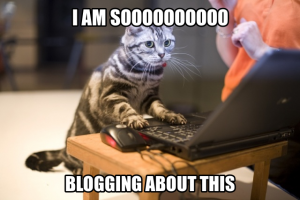 So what does today’s blogger look like? Well, for a start, don’t call them bloggers! It’s all about ‘Influencers’ now. Which, considering how much blogging has moved on in the last few years, is a far more accurate description. Gone are the days when a blogger could throw up low grade content on their blogs (their own or ‘borrowed’ from elsewhere), fling out some click bait, post tired listicles and sit back and watch the revenue pour in in line with their blog traffic. Today’s blogger understands the power of engagement, and harnessing top quality content on their blogs, their social media channels, images and graphics is at the centre of all this. The best blogs capture their readers’ imaginations, giving them reasons to return, stay and share. It’s actually pretty much the basis of DVO’s core proposition around content and engagement, and something brands the world over are keen to buy in to.

When we worked with specialist travel operator Thompson Lakes and Mountains, we saw an opportunity for blogger outreach that feed content to not one, but two blog audiences. By creating a guide to the company’s most popular destinations inspired by the maps often found in fantasy novels, we worked with a number of influential travel bloggers as well as the fans of dramas such as The Hobbit and Game of Thrones. In doing this, we used this highly engaged network to spread word of Thompson Lakes and Mountains across multiple channels on our behalf. 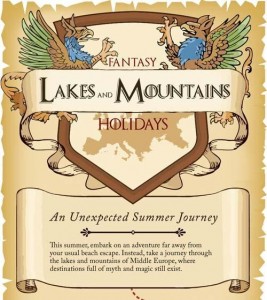 The best bloggers are seen as proper, respected experts in their fields. No longer is running a blog just about posting about your Couch to 5K progress (or lack of it!) or what you ate for lunch this week. Good blogs are well researched and presented, understand their strengths and their audience. They produce useful and inspiring content which illicits a response and excites the reader, prompting them into action. Which in today’s saturated digisphere is no easy task.

Be sure to check out our previous blog in this series on brand blogging. If you’d like to discuss with us how you can expand your reach into earned media, get in touch. Talk to DVO or drop us an email at iminterested@w-ptheme.club

Have you heard? Hollywood heavyweights Leonardo DiCaprio, Robert Di Niro and Brad Pitt are to star in a new film. If that’s not impressive enough, Martin Scorsese is directing, and the whole thing was written by The Wolf of Wall Street’s Terrence Winter. But there is a catch. It’s not a feature length film, rather a short, branded picture – albeit costing $70 million. And the brand behind it? Studio City, a new casino in Macau.Continue reading

There seems to be confusion, as ever in marketing! This week we discuss content marketing objectives, strategies and tactics and how they interrelate with each other in a framework that makes sense.

Content marketing seems to be an endless source of confusion, but I think we’ve finally cracked it! Our junior planner, Emilia, did a great training session recently about developing aims, content marketing objectives, strategies and tactics – and it struck me that this is where most of the confusion lies. So for the record, this is what we think, and this is what most trained marketers would recognise – and the hierarchy is really importantContinue reading

What is content marketing? You can read 20 different blogs and get 20 different interpretations, so in this weeks post we thought we’d lay out our definition.

Much of content marketing focuses on brand and audience building. But when you’re building an audience you need a content infrastructure around which it can gather. Here at DVO, we have an in-house development team who work with our clients to create the best platform for the content their audience is going to engage with.

Above is a perfect example of a content infrastructure we’re very proud of. The website we built for Wimbledon Studios allows visitors to see all aspects of its business: the sets, the catering, its capacity for events and more. The blog also gives Wimbledon the opportunity to engage with potential location managers, event organisers, and other professionals who want to know what Wimbledon Studios offers that other facilities don’t. Without this platform, the content we create for Wimbledon would struggle to be seen.

Most of the content created off-site directs traffic back toward the website and that’s why building a solid infrastructure is so key. Writing excellent copy for Wimbledon Studios’ website and for other sites wouldn’t work effectively if there wasn’t a central hub for the audience to come to.

We’ve written before about DVO’s work with Books About Town, the partnership between the National Literacy Trust and Wild In Art designed to encourage reading for enjoyment. Their BookBenches celebrating stories linked to London are soon to be unveiled for the summer. To mark this launch we’ve created a platform that encourages exploration and sends readers on their own BookBench finding adventure.

Books About Town has truly great content to share. The process of painting and placing new BookBenches provides important opportunities for pictures, tweets, and lively discussion. Below you’ll see our own contribution to this collection of excitingly decorated street furniture. 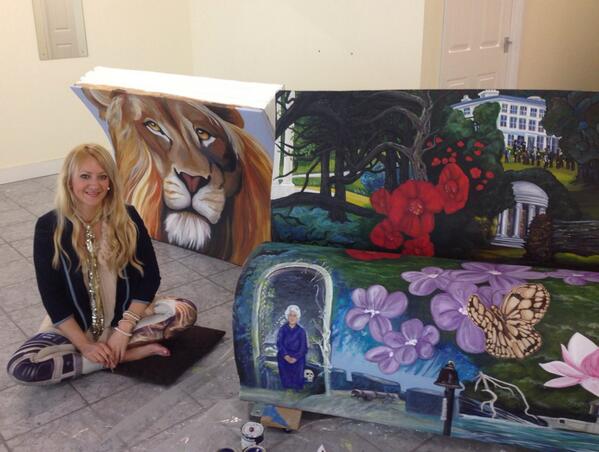 There are lively interactions on Twitter between us, the artist Mandii Pope, Books about Town, the National Literacy Trust and others in the location where our BookBench will be placed. All of this is directed back to the content infrastructure of the Books About Town website. Without that infrastructure the readers interested in this story have no place to go.

If you need an infrastructure for your audience to live in from this content marketing agency, we can help. Call us on 020 3771 2461, drop us a line at iminterested@w-ptheme.club or tweet us. We’re @DVOagency.

In my latest post I’m looking at link building and why building links artificially is a risky and short sighted strategy.

With so much choice and confusion in the marketing we though we’d discuss what to look out for in a content marketing agency, and what makes DVO a bit different.

There’s a huge amount of confusion at the moment. Why? Because the content marketing agency is suddenly everywhere – and they often offer widely differing services.

Broadly, however, these offerings fall into three distinct camps. What follows will help you better evaluate the skills each camp possesses and how, as a content marketing agency, they might remedy the problem you want to solve.
Continue reading

Developing a better content marketing strategy is the theme of 2017. For most brands it’s now about focus, our 3-step guide talks through the basics

You know you ought to be doing more, or more importantly more effective marketing but you’re not really sure where to begin. Viewed from afar, there’s a lot to get on with. A blog, social media updates, an advertising campaign; it can really stack up. But whatever you do, your content marketing strategy should always be your starting point and guiding light. Developing a better content marketing strategy is becoming of paramount importance as the sheer amount of noise online escaltes and shows no sign of slowing down.

Here are three questions to ask before deciding what strategies to pursue.
Continue reading

If your brand already earns good revenue through a digital channel, you’ve got a great opportunity.

Hopefully, you’re already capturing lots of organic traffic and I expect you’re fully engaged in offline advertising to build awareness and drive acquisition. However, given how online advertising has declined in value as consumers have found it increasingly easier to ignore, you might be wary of using digital to reach your customers. You shouldn’t be. It’s a brilliant way to build brand awareness and engagement.

The great thing about digital is the depth of content a brand can create. Video, editorial, interactive rich media; it’s quite a big list. Taking this and combining it with the disruptive technologies of social media offers your brand exciting opportunities, if used properly.

Recently we’ve noticed just how ingrained a bottom-up strategy led by a desire to drive SEO signals seems to run. Overcoming this is one of the biggest challenges brands face. Many are struggling to come to terms with the fact that digital now is not just a sales channel but a place where brand strategy and traditional brand marketing metrics, awareness and engagement can take place to great effect.

Above the line and brand marketers have long known the importance of awareness and engagement. However, they’ve rarely been able to offer the depth of engagement that digital offers; its combination of owned media (websites and social media) with strong awareness campaigns (earned media) is the essence of content marketing and what’s more a consumer can stay in the same place to make a purchase, truly end to end. However many marketers and agencies in this space are only interested in the sale and being in the right place at the right time. That’s fine and works, but how do you grow beyond this?

Until very recently, the need to address search optimisation has prevented direct response digital marketers from thinking about real human customers in any real depth. What’s more there’s been a failure to focus their campaigns on really engaging with the people who will buy their products and services, i.e. who they really should be speaking to. 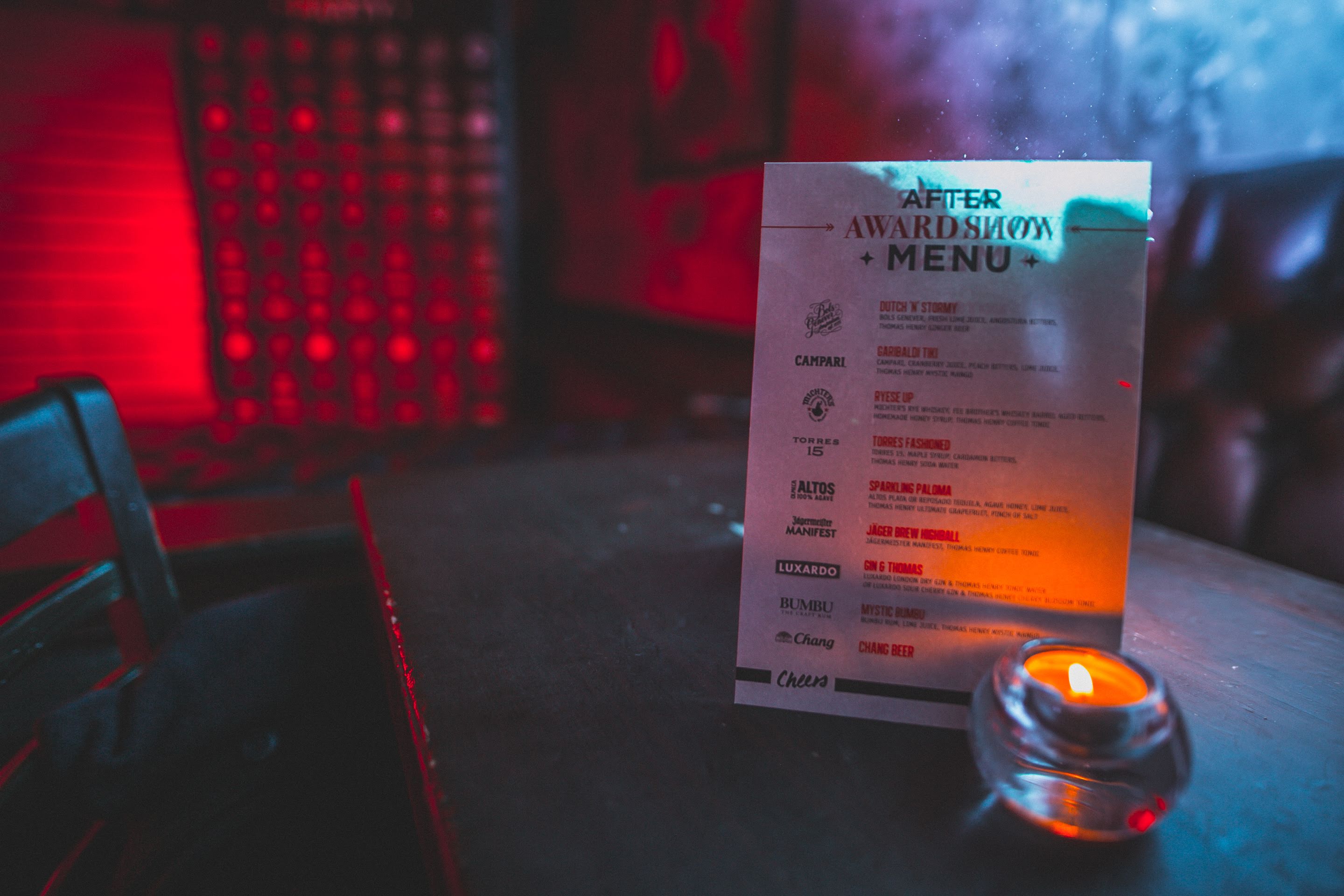 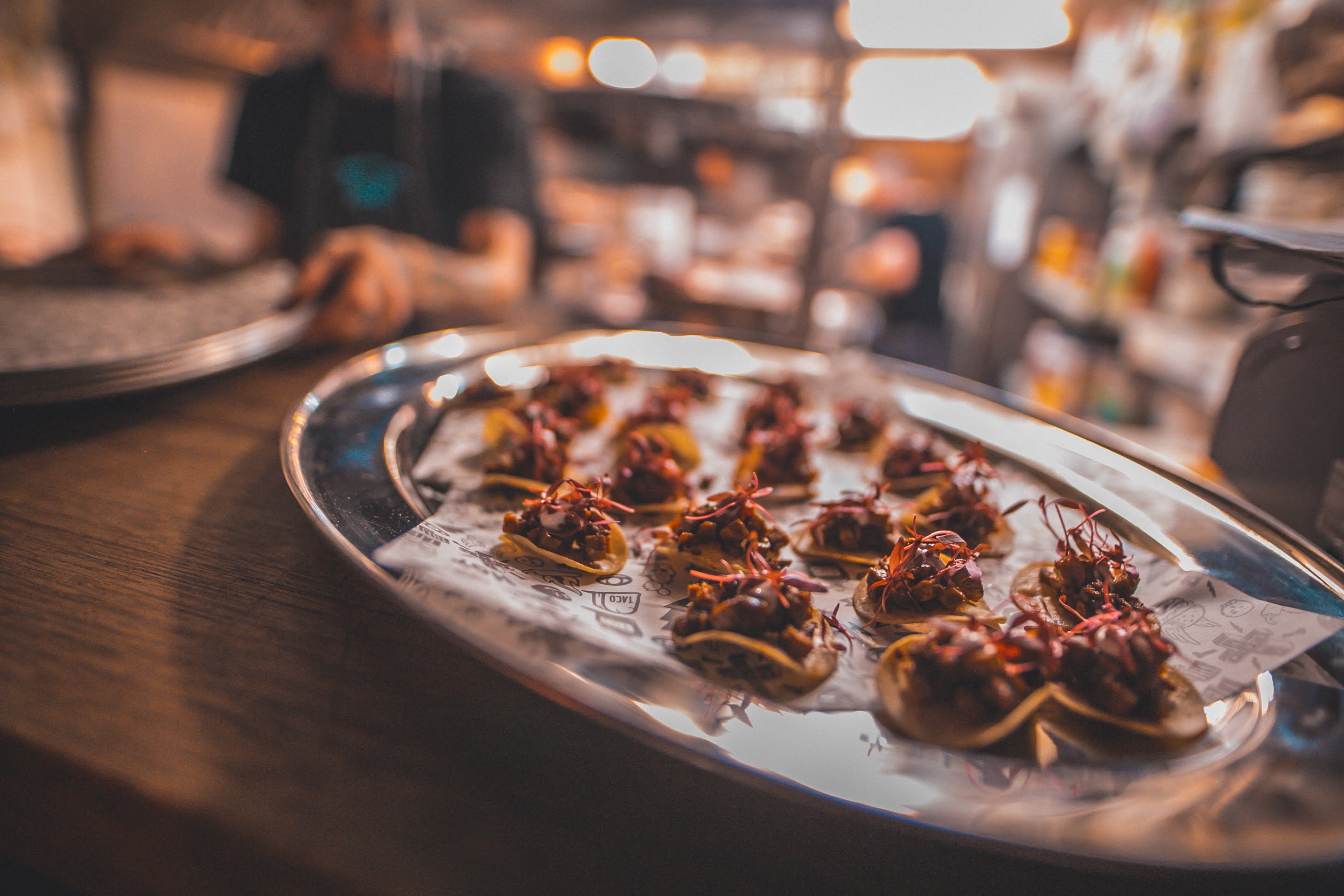 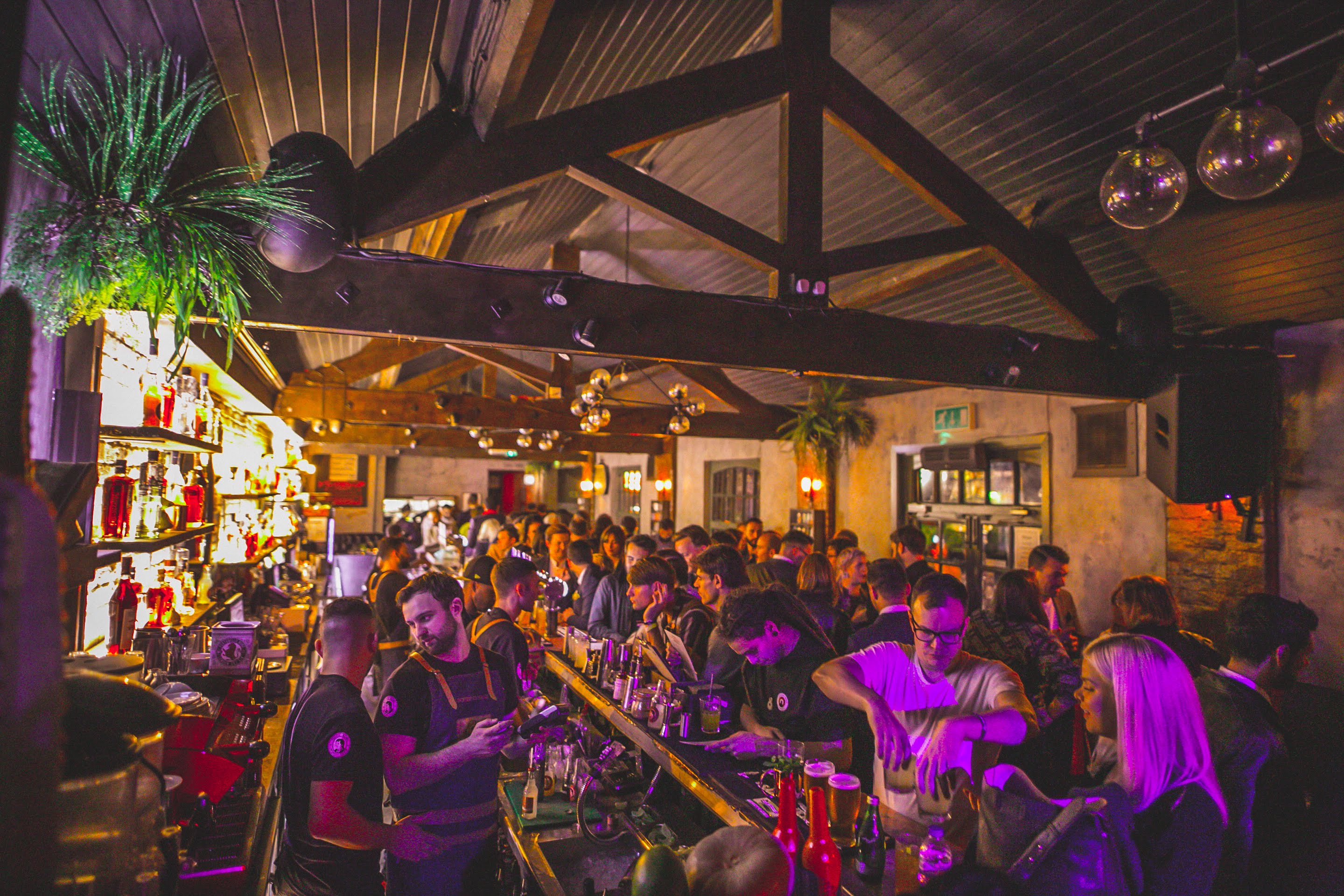 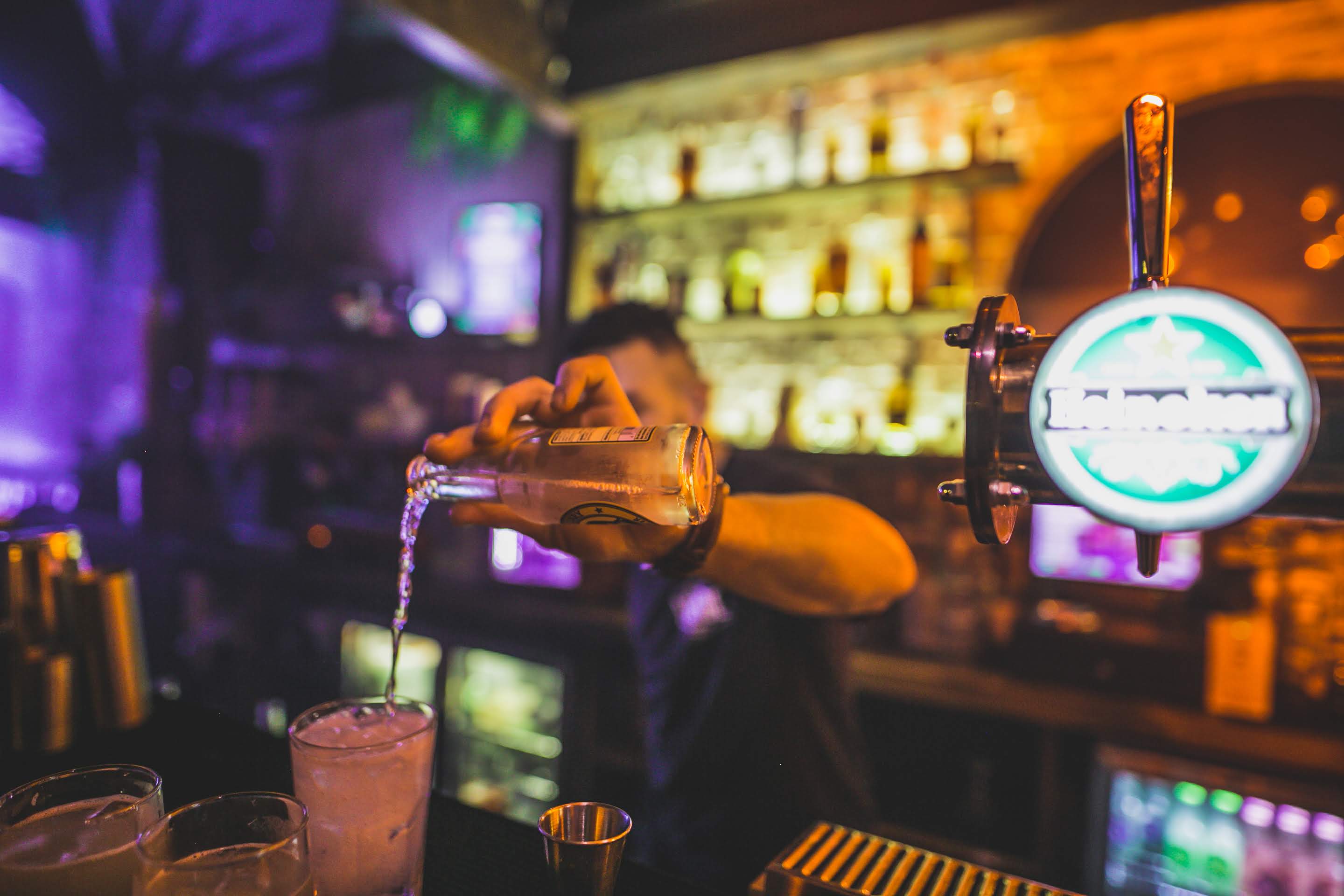 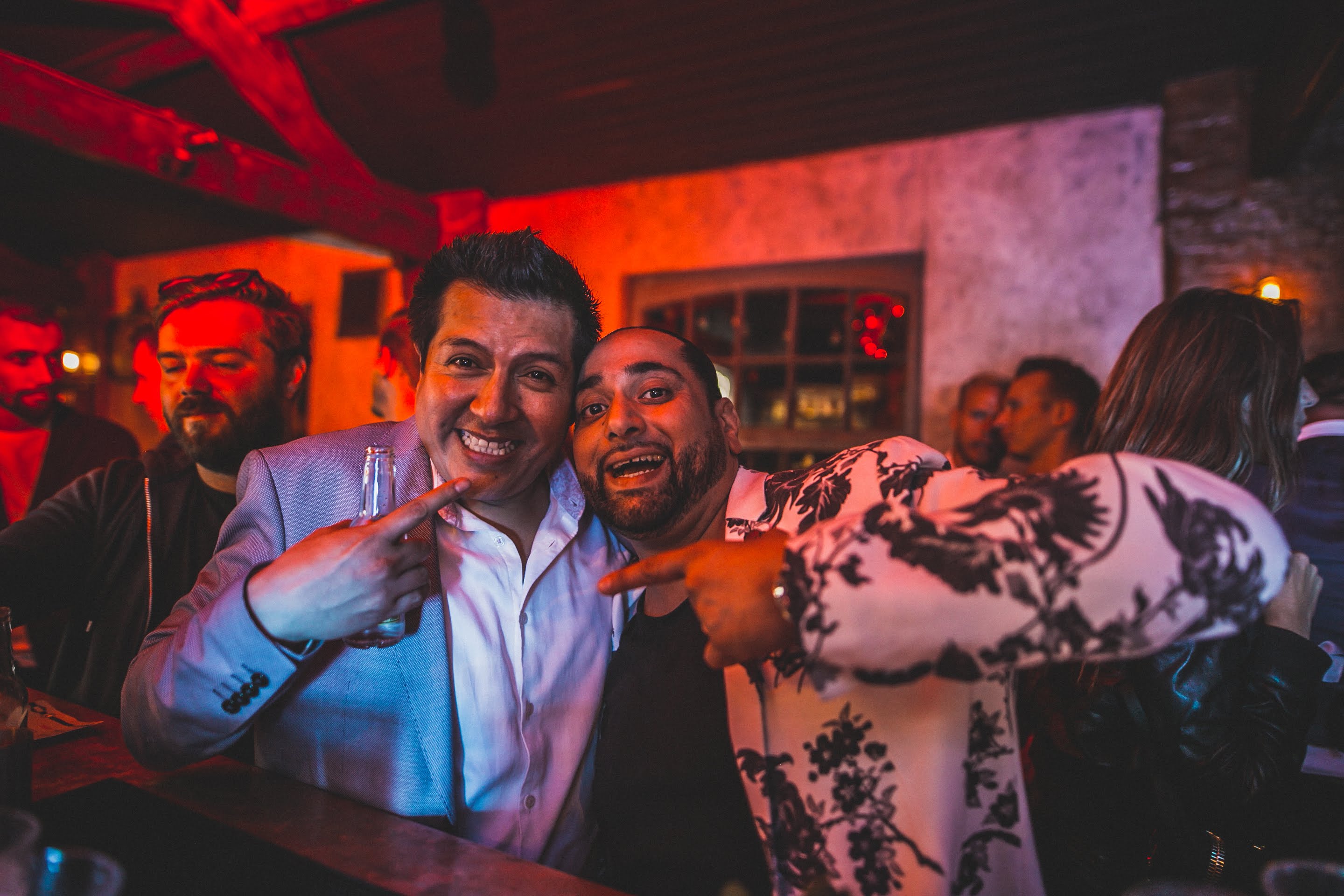